Today marks the birthday of Abraham Lincoln, the 16th President of the United States of America! Lincoln was born on February 12, 1809 in a log cabin in Kentucky. He was the middle of three children with his youngest brother dying in infancy in the early 1800’s. 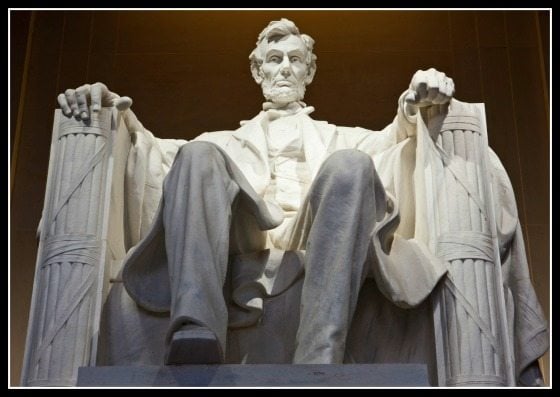 In 1816 the Lincoln family moved from Kentucky to Indiana, the main reason for the relocation was on account of property disputes and discrepancies in Kentucky, but another part was on account of slavery. The Lincoln’s were members of Separate Baptists church and had harsh moral standards opposing alcohol and slavery. Despite his religions standings, in 1842 Abe married Mary Todd who was from a wealth slave-holding family. The pair went on to have four children but tragically only one of them made it to adulthood.

It was in 1832, after the failing of his general store in New Salem, Illinois that Abe began his political career. Two years later, on his second campaign, Lincoln won election to the state legislature and two years after that he was admitted to the Illinois bar after teaching himself law by reading a plethora of law books. Lincoln continued on as a lawyer and then a Republican leader until 1860.

On November 6, 1860, Abe Lincoln was elected the 16th President of the United States and he was the first President to be elected from the Republican Party. Lincoln won this election only because of his support in the North and West; he only won two of the 996 counties in the Southern states and no ballots were cast for him in 10 of the 15 Southern states. The US was divided and that came to a head on April 12, 1861 when Confederate troops opened fire on the Union, marking the beginning of the Civil War. This war later became known as the bloodies war in American history with over 600,000 lives loss.

On January 1, 1863 President Abraham Lincoln issued the Emancipation Proclamation. This proclamation declared that all persons held as slaves shall be then, thenceforward, and forever free! What a lot of people don’t know is that the Emancipation Proclamation on applied to states in open rebellion (Arkansas, Virgina, Texas, Nor Carolina, South Carolina, Louisiana, Georgia, Mississippi, Florida and Alabama) but not slave-holding border states (Missouri, Delaware, Maryland, Kentucky) or areas of the Confederacy that had already been under Union control. In simple terms; the Emancipation Proclamation prohibited the Union army from returning runaway slaves to their owners so any escaped slave who was able to get behind the lines of the Union army and any who lived in an area captured by the Union where therefore considered free.

Four months after the Union defeated the Confederacy at the Battle of Gettysburg (the biggest battle of the Civil War), Lincoln gave his most famous speech, the Gettysburg Address. The Gettysburg Address lasted only two minutes and is only 272 words but it’s power was felt well beyond that.

Abraham Lincoln was later assassinated by John Wilkes Booth on April 14, 1865 while watching a play at Ford’s Theater. He was killed five days after the surrender or Robert E. Lee as the Civil War was winding down.

To celebrate the life of Abraham Lincoln take a look at our popular Lincoln Internet Quote poster: 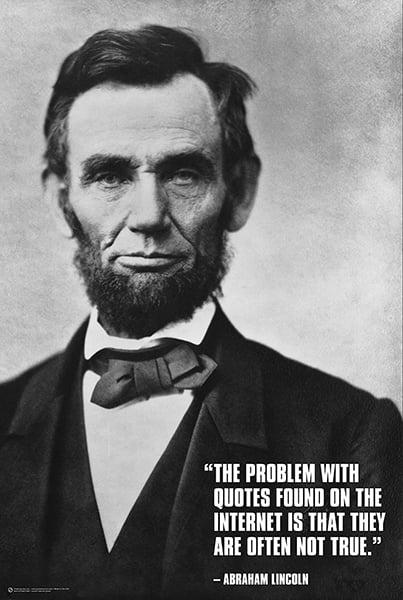