This past weekend several tourists and New Yorkers found themselves with an opportunity to own an original painting from renowned street artist – Banksy.

On Saturday, October 12, infamous U.K. street artist Banksy setup a booth in New York’s Central Park. The booth and the opportunity to pick up an original Banksy piece was not announced, nor is it expected to happen again anytime soon. Upon watching the video below, Banksy notes that he made a total of $420 for the day, so he sold 7 works @ $60 to 7 lucky and aware individuals. 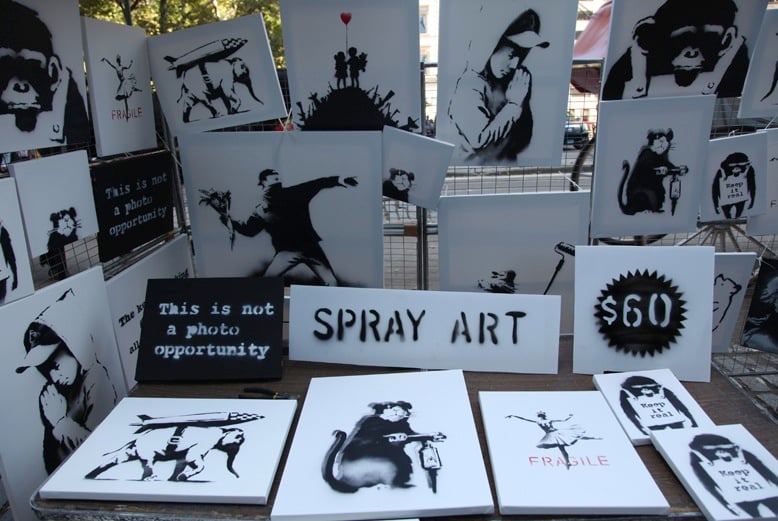 The sale provided an opportunity for tourists and passerby’s to purchase original art canvases for $60. The artist also posted a video on his website: http://www.banksy.co.uk/

Just in case you have no idea, here’s a little explanation from Wiki:

Banksy is a pseudonymous England-based graffiti artist, political activist, film director, and painter. His satirical street art and subversive epigrams combine dark humor with graffiti done in a distinctive stenciling technique. Such artistic works of political and social commentary have been featured on streets, walls, and bridges of cities throughout the world.