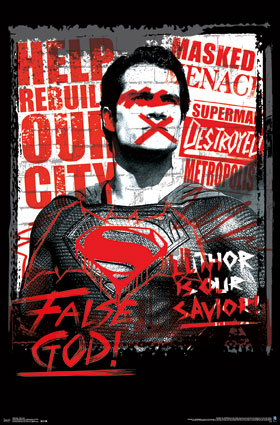 Marvel’s new meta action/comedy “Deadpool” just blew the records out of the water for its opening run over Valentine’s weekend and now everyone is anxiously awaiting the next big comic book adaptation. All eyes are focused on the DC battle/team up film “Batman Vs. Superman: Dawn of Justice”.

“Batman Vs. Superman” is the introduction to “The Justice League” which DC hopes will be a shared, continuous universe like Marvel’s popular cinematic universe. It would be the first DC movie to feature characters being played by the same actors over multiple individual films and then also teaming up in Justice League films (like Marvel’s Avengers). Several actors from the film “Man of Steel” reprise their roles for “BVS” including Henry Cavill as Superman. With the departure of Christian Bale as Batman (once the Christopher Nolan “Dark Knight” trilogy ended) Warner Bros. and DC needed a new caped crusader. They cast veteran actor/director Ben Affleck to put on the cowl and cape and duke it out with the first 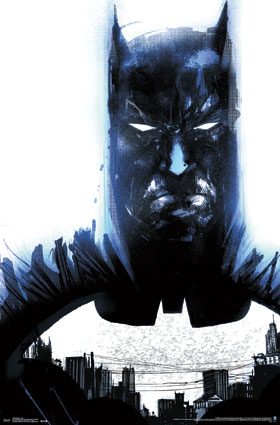 son of Krypton. He will then go on to carry the role through the next forseeable films. Also being introduced in this film are Gal Gadot as Wonder Woman (a highly anticipated appearance) and Jason Momoa as Auquaman.

The story is guarded but basically revolves around the idea that Bruce Wayne–the Batman–is worried, in his obsessive, single-minded way, that Superman being a Godlike being, could turn on and ultimately destroy humankind. He makes it his mission to destroy the man of steel before he has a chance to destroy us. The villain Lex Luthor eggs on the battle while plotting to unleash something even more devastating: Doomsday. Somehow Wonder Woman and apparently Aquaman show up and tie into all of it too thus forming the core of the Justice League.

Expectations are high and fans are buzzing and Art & Canvas is going to wade into the battle. Coming soon are two new posters that represent either side of the fight. Are you for the Savior of Metropolis or the Bat of Gotham? Why not both? Hedge your bets a little.

If you can’t wait or choose a side you can pick up our “Batman Vs. Superman” teaser poster.

So keep an eye out for our new posters and meanwhile, check out all of our great movie posters in sizes like 24×36 and 16×20. Then, sit back and wait for the battle between these two comic book titans. It will be exciting!