Last week for Favorite Hobby Friday, our Director of Sales, Chas Hall, was interviewed about his favorite Hobby. Since last Thursday was Thanksgiving, and we were out of the office that Friday, we are bringing you last weeks favorite hobby Friday today! We wanted to take a different spin on it and tell our customers what Frame USA’s favorite hobby is as a company.

Frame USA’s Favorite Hobby is Giving Back to those in need.

On a monthly basis Frame USA chooses charities to support through our website as well as our retail store. We mentioned in our blog post about our November Charity of the month, Free Store Foodbank, that in September alone we donated over 1,500 to our two charities.

However our biggest charity initiative by far is Fill The Truck.
Fill The Truck first started back in December of 2010 by Frame USA’s CEO, Dan Regenold. That December he had a vision to fill a 54 foot semi-truck for a local charity. He put together a team of giving coordinators to make this initiative as successful as possible in under 30 days. By the end of December, Frame USA ended up needing a second truck because they were so successful at getting donations that they over filled their semi by 7%. This equaled 833 boxes and over 30 skids equaling more than $22,200 in donations. 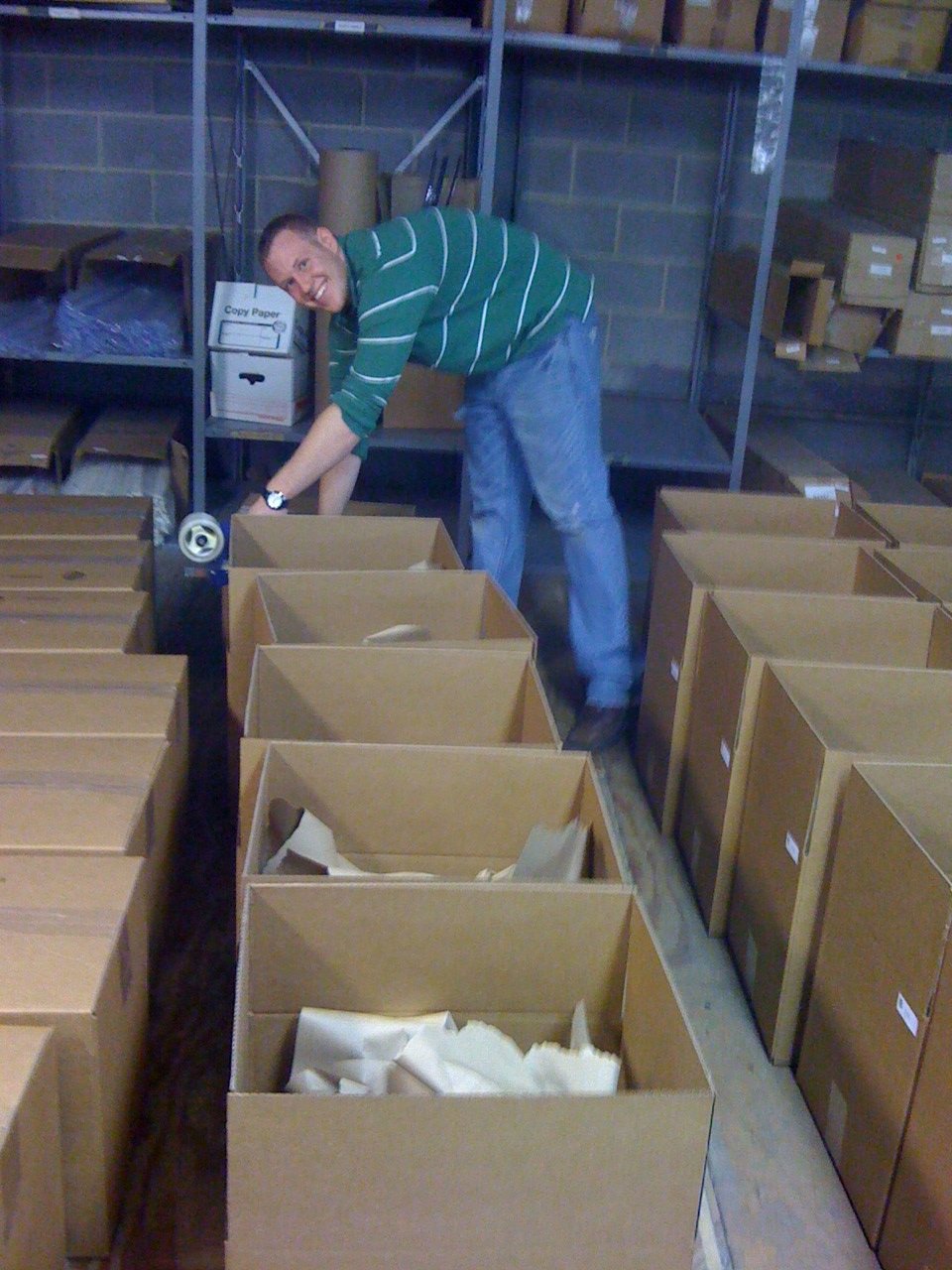 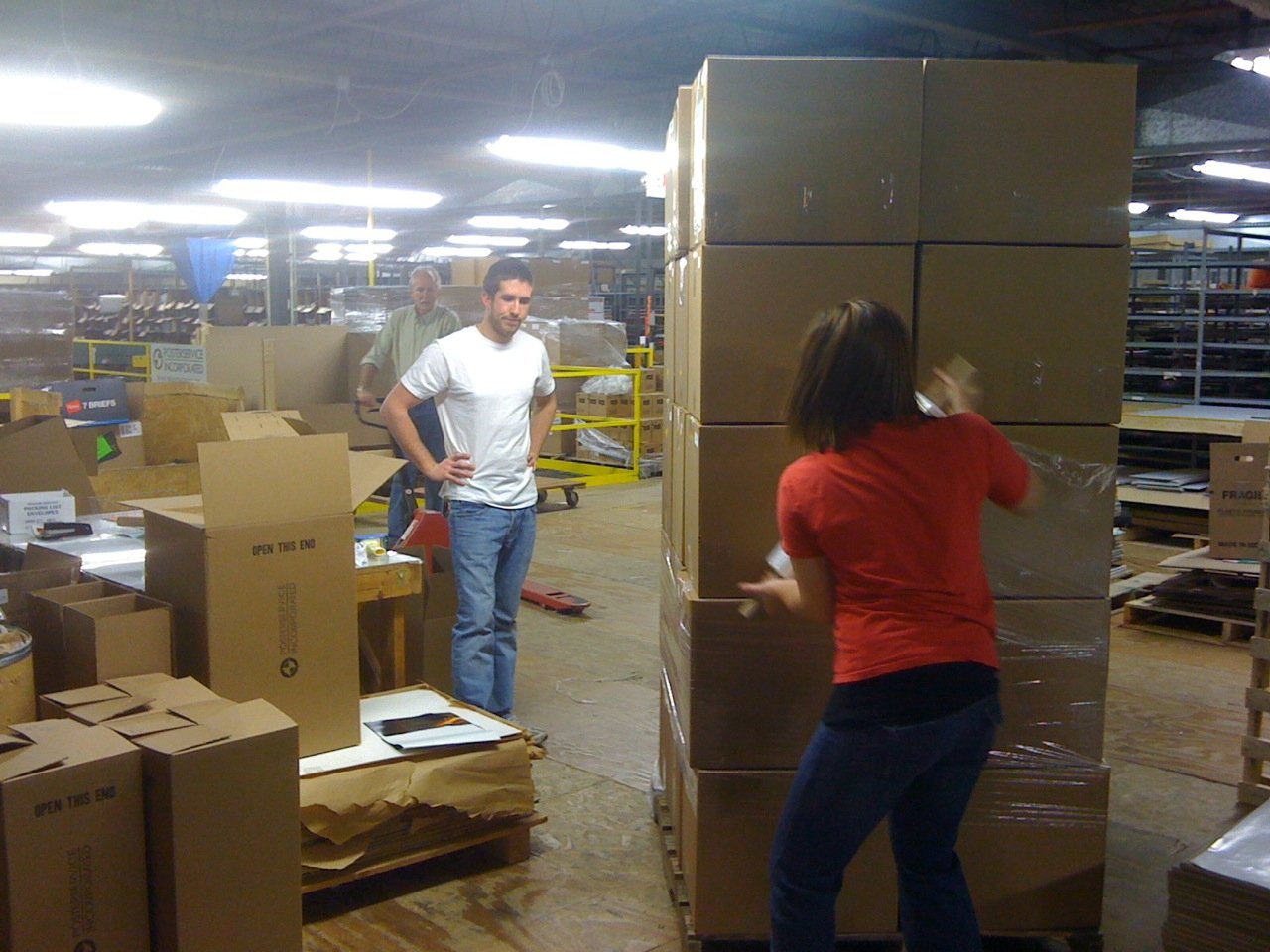 The truck isn’t just a means of transporting all of the donations that we get, to Dan, the truck represented hope, life and a second chance for people within his community who were down on their luck.

Since that December of 2010 Frame USA has been coordinating Fill the Truck every year. This past Tuesday, November 25, 2014, marked the beginning of the 5th Annual Fill The Truck. The best part about this charity initiative is that it isn’t just a one man show. From now until December 21st when the trucks are delivered to their respected Charities, the employees at Frame USA will have this initiative on their brains and will do everything in their power to make it as successful as possible.
With that being said, Fill The Truck is a massive charity initiative that performs at hyper speed in just under 30 days. All the donations received are boxed and packed by employees donating their time. 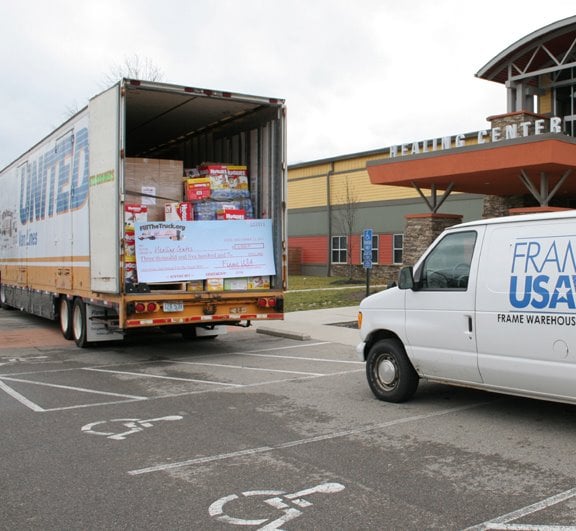 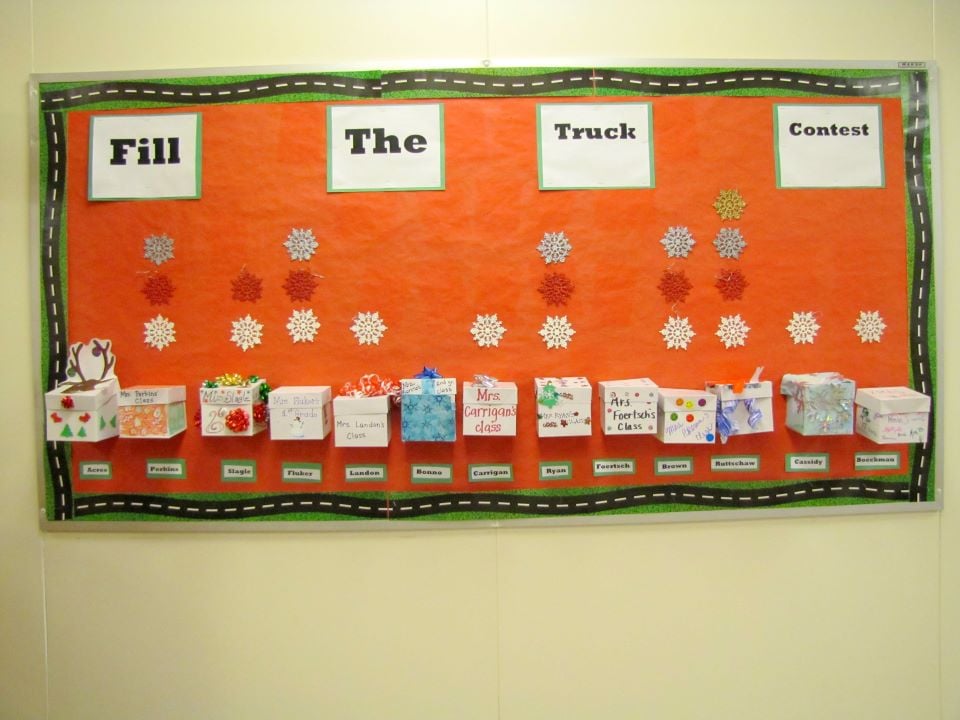 On December 21st when we deliver the donations, we are delivering a second chance to the people in need. It is this reason that we continue to do this initiative every year, no matter the man power and time that it takes organizing.

One thing that we have learned the past 5 years that we have undertaken this challenge is that no matter how small a donation is, it can completely change someone’s life around. 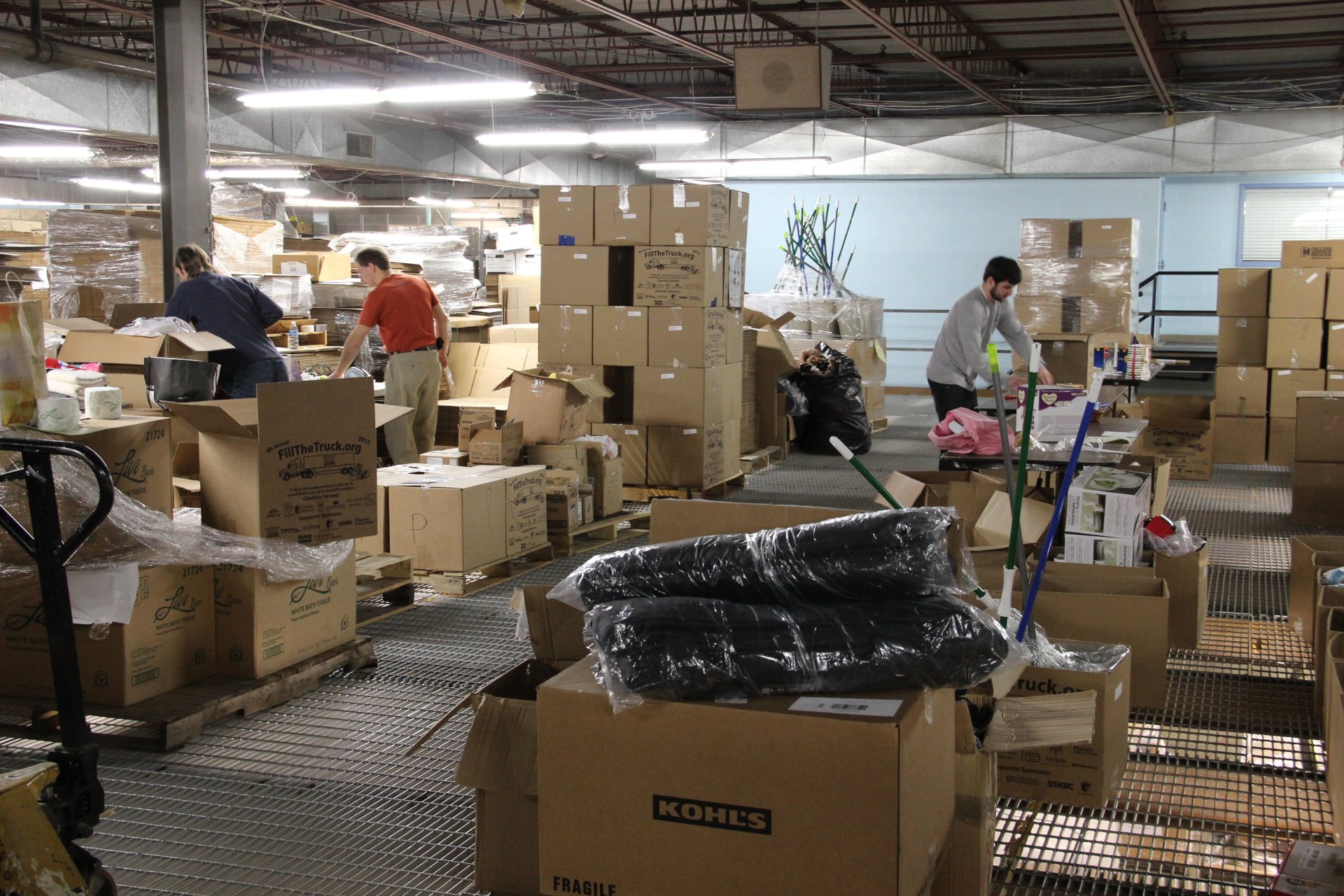 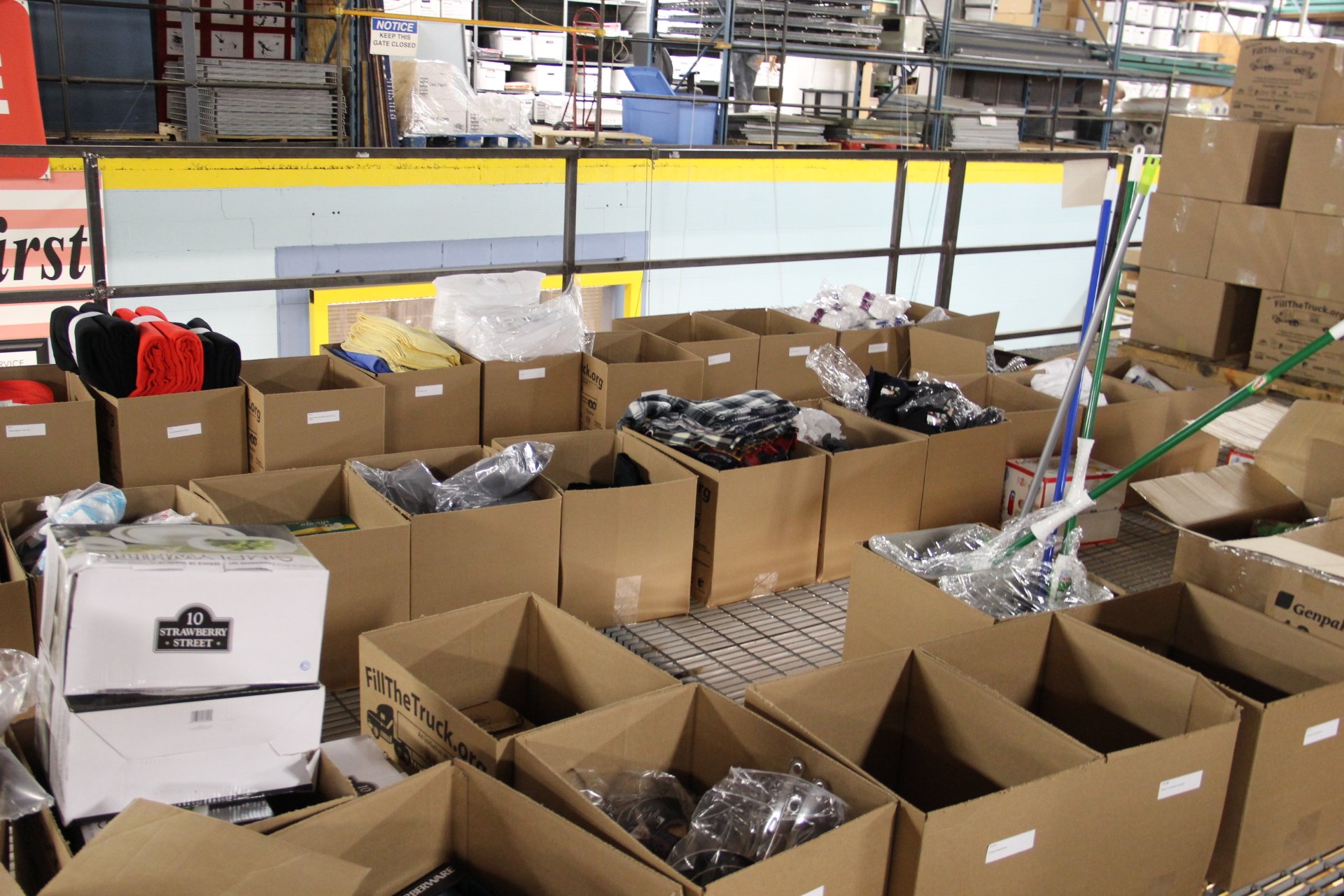 Our piece of advice for all of you is that it doesn’t take a large donation of cash to make a difference in someone’s life; something as simple as a hat and glove set can mean the world to someone in need.

Stay tuned every Friday to get to know Frame USA & our employees.