Every month Frame USA partners with a different local or national charity. We give to each charity through donating time, money, exposure, and resources. For every order placed on frameusa.com, $0.75 is donated to the charity of the month. The charity for February 2020 is Honor Flight Network 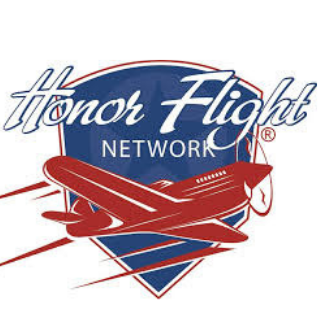 Earl Morse and Jeff Miller co-founded the Honor Flight Network. Morse, a retired Air Force Captain, worked in Springfield Ohio at the Department of Veteran Affairs as a physician assistant.

Many of Morse’s patients would never have the chance to visit the National World War II Memorial. Morse pitched the idea to about 300 private pilots at his local Air Force aeroclub. He proposed that the pilots themselves would personally escort the veterans around the city. 11 additional pilots formed a board in January of 2005. On the 21st of May in 2005, six small planes flew 12 veterans to Washington, DC for the very first Honor Flight. 126 WWII Veterans had the opportunity to visit their monument in that first year using a combination of commercial airlines and small planes.

Similarly, Jeff Miller, a dry-cleaning company owner, in Hendersonville North Carolina had the idea but on a much larger scale. He wanted to charter entire commercial jets! Miller formed HonorAir and began flying great numbers of WWII veterans from Asheville to D.C. Due to his great idea, by the end of 2006 HonorAir had flown more than 300 veterans to Washington D.C.

The pair met at their first “Summit” and merged Honor Flight and HonorAir and created The Honor Flight Network in February of 2007. Today, the network has escorted over 200,000 veterans to their memorials.

The mission of Honor Flight is to transport America’s veterans to Washington, D.C. to visit the memorials dedicated to honoring those who have served and sacrificed for our country.

“…is a national network comprised of independent Hubs working together in furtherance of the Honor Flight mission. “

The Honor Flight Network has the opportunity to show our nation’s veterans the appreciation and the honor that they deserve. It allows them to share a momentous occasion with individuals with similar experiences. They can come together to remember friends and comrades that they’ve lost and share their stories with other veterans.  Honor flights are available to veterans who served in the WWII, Korean War, and Vietnam War eras. Most noteworthy, all honored veterans travel at no cost.

In conclusion for the entire month of February 2020, $0.75 of every order on frameusa.com is donated to The Honor Flight Network. You may also choose to donate additional funds when you place an order.