Anthony Casay is a brilliant painter of land and seascapes, but that is not all that he has been. Throughout his life, Casay was an actor, director, producer, and musician, all on top of being an artist.

Anthony Casay moved to Mexico City, with his family, at the age of 8. After living there for one year, Casay began starring in Les Miserables as a child actor. On the side, he would paint and even won several painting competitions, in the local exhibits. When he was 13 years old, Casay won first prize in a national competition with his Mural of the Execution of Mexican Leaders by French Soldiers. At the age of 17, Casay began to host, direct, and produce TV programs for children. He would use his designs and drawings as tools for learning and entertaining in these shows. It wasn’t long before he started playing drums for rock and roll bands, and even became a backup musician for Bill Haley and The Comets. Casay eventually started his own music group that toured around Central and South America.

Although busy, Anthony Casay still found the time to graduate with a degree in Diplomatic and Political Science. Casay was appointed as Mexican Consul to the city of Los Angeles, California, upon graduating. During this time, he continued painting and began to paint more and more. Casay was also inventive with his painting, and he developed his own glazing solution. This allowed the oil to flow across the canvas with the same ease that watercolors would. People began to praise his seascapes, and his work began to rapidly sell across the United States. Casay started shifting away from the political world, and into being a professional artist. Check out Anthony Casay’s land and seascape paintings for sale! 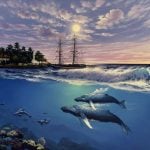 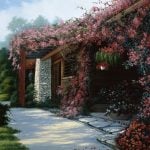 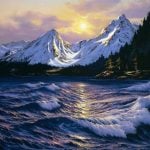 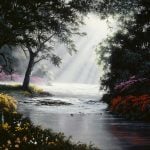