What was September 11th? On September 11th, 2001 the USA suffered one of most devastating attacks we have ever faced. On this day 16 years ago there was a series of four attacks planned and executed by the terrorist group al-Qaeda which killed 2,997 people, injured over 6,000 and caused an excess of $10 billion in damage!

On the morning of September 11th four passenger planes heading to California were hijacked by 19 terrorists. At 8:45 am an American Airlines Boeing 767 crashed into the north tower of the World Trade Center in New York City. The building began evacuations and live televisions broadcast took over what everyone assumed to be a terrible accident. That  was until 18 minutes later when a second nearly identical plane appeared and barreled into the south tower of the World Trade Center.

I can remember distinctly being in junior high school when these devastating terrorist attacks took place. Most of our teachers halted lessons for that day and instead wheeled in televisions so we could all gather around, watch the news and try to make sense of the events that were transpiring.

As everybody was watching the happenings in New York, an American Airlines plane flying over Washington, DC crashed into the Pentagon killing 125 people in the building as well all of the 64 people that were on board the flight. This happened at 9:45 am, a mere hour after the first plane struck the Towers. Less than an hour later, at 10:30 the first of the Twin Towers that was struck fully collapsed.

During this time, a 4th airplane in route to California was hijacked. The plane was delayed in taking off and because of that, passengers aboard the aircraft were able to hear about the planes hitting the Twin Towers and the Pentagon. Armed with this knowledge, passengers on the plane fought the four terrorist hijackers and the 4th plane ended up crashing into an abandoned field as opposed to another important US structure. All 44 passengers aboard the plane were killed but there is no telling how many lives they saved in the process. The target of the 4th plane is still unknown but it is believed that the Capitol, the White House and Camp David were all potential targets.

Sixteen years later the effects of this day are still being felt, we #NeverForget the 3,000 people who lost their lives & 6,000 injured on #September11th. Your memories will always be in our hearts and we honor the men and women who sacrificed their own lives in service to others. 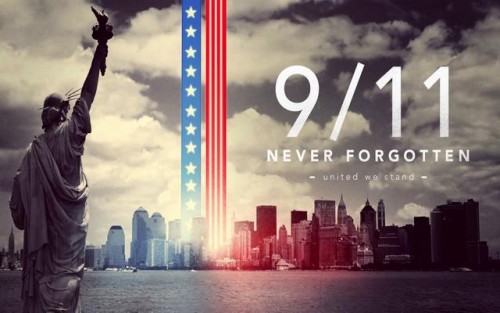