Some may say Pink Floyd is one of the most influential rock bands of all time. And they would be right. Based in London, England in the 1960’s, Pink Floyd achieved international acclaim with the psychedelic style of music. They brought us countless albums including the first, “Dark Side of the Moon” (1973) and “The Wall” (1979).

Pink Floyd is gaining ground with a new generation because of the song, “Another Brick in the Wall Part 2” and the iconic lyrics, “We don’t need no education; We don’t need no thought control”. Stemming from “The Wall” album, Roger Waters began writing a screenplay to go along with the album. Originally thought to be a live film, the movie “The Wall” turned into an animation and psychological horror musical film. Said to be about Roger Waters’ life, the film received positive reviews when it was released in 1982. 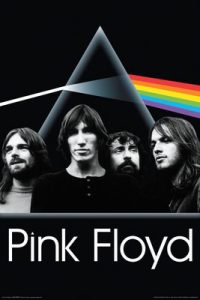 Although they are one of the most commercially successful bands, we rarely see posters from the iconic movie, “The Wall”. So here at Art & Canvas, we are very excited to announce that we have more NEWLY LICENSED PINK FLOYD! 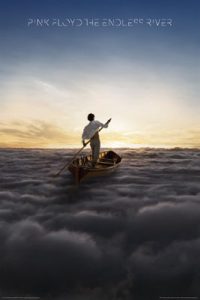 If you are a dedicated fan or newly stumbled across their music, these Pink Floyd posters are classic reminders of the psychedelic music and influential rock band. So go ahead, what are you waiting for! Pick up a poster, lay back and watch the movie!