On this day, August 7th, 1957, a rock and roll band, The Quarrymen (missing one of their guitarists who was at scout  camp) played their first gig at a local Liverpool jazz 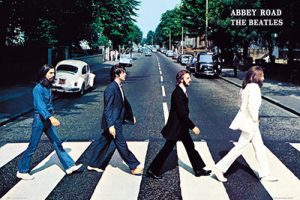 club called “The Cavern.” This moment in time may have come and gone without note, except that this band would someday change their name and also the world. Just a few short years after this show, the Quarrymen would become The Beatles, and because this first show at the cavern would be a milestone for them–it became a milestone for music, pop culture and everything else.

The story of how John Lennon and Paul McCartney formed their band as teenagers still in high school is well known, as are the bandmembers who came and went before the group found its true fame (Stuart Sutcliffe and Pete Best). What’s special about this story, though, is the way these kids took the stage and did what they wanted, despite the bad reputation that their beloved rock and roll had at that time. They were primarily known as a skiffle band (a british style of folksy 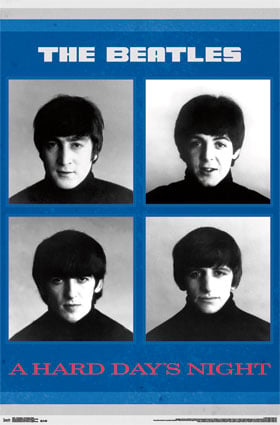 rhythm and blues–think the UK version of rockabilly) and this was a more accepted musical style than the more raucous American rock.

The Cavern was a tiny little jazz spot, really just a basement room, in Liverpool, catering to sailors, dockworkers and their girlfriends. When the Quarrymen went on to play, it was allowed that they’d be playing skiffle, but understood that this was not the place for hip-swinging rock and roll. And so the show went on just as expected till about halfway through their set. Then the spirit of rebellion grabbed a hold of John Lennon and he began shredding his way through Elvis Presley’s “Hound Dog” and basically told this club–and the world–that they did as they pleased. Remember, these were just kids–George Harrison was 14–playing to a room of hard, working class men and women, early in their career as a band. Really this was one of their first professional gigs. It would have been easy to let the pressure keep 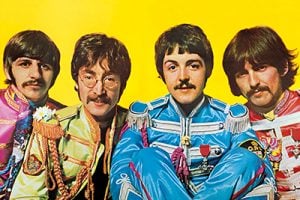 them in the box of acceptable music but their passion and confidence were too great to let them be held down. Of course, the story goes that the Cavern Club owner sent a note to the stage for them to quit it with the rock and roll and the show went back to harmless skiffle. In that one moment, though, they showed that fiery, defiant thing that would drive them to become the greatest rock band of all time.

So as you go through your Friday, play some Beatles tunes and celebrate the first club show that would lead to a revolution in art, music and ultimately pop culture as a whole. And while you’re doing that, maybe pop onto artandcanvas.com and grab a couple of our Beatles posters to put up in your office and share a little bit of that defiance and creative joy. We hope this article gave you useful information on who The Beatles were.