About a month ago, I purchased a very special custom jersey frame, here at Frame USA. I finally decided that it was time to frame an important jersey that I have had for years. The jersey belonged to my dad, who was a pretty good athlete when he was younger. He was a three sport athlete in high school, and went on to play both football and baseball at Kent State before moving on to the NFL. His last two years in college, he was an all American offensive lineman and even kicked a little. In 1991, Kent State inducted him into their Hall of Fame.

From the 1930’s until the mid 1970’s the college football, all-star team would play a game against the reigning Super Bowl champs. This jersey is what my dad wore during the 1967 edition, against the Green Bay Packers. In 2007, my dad passed away unexpectedly, and I have had his jersey ever since. Knowing that Frame USA offers jersey frames, I decided that framing my dad’s would be really nice and I already knew the perfect place!

Between the frame mats, which our retail manager Ethan helped me pick out, and the custom paint job to match the jersey, the final product looks great. Before this process, I actually did not know that Frame USA could do custom paint jobs for the frames. They even put foamcore inside the jersey just to make sure it stays unwrinkled and flat. Frame USA did a fantastic job with the jersey picture frame. If my dad was still around today, I know that he would be very impressed as well. This jersey really means a lot to me and I am so glad to finally have it framed! 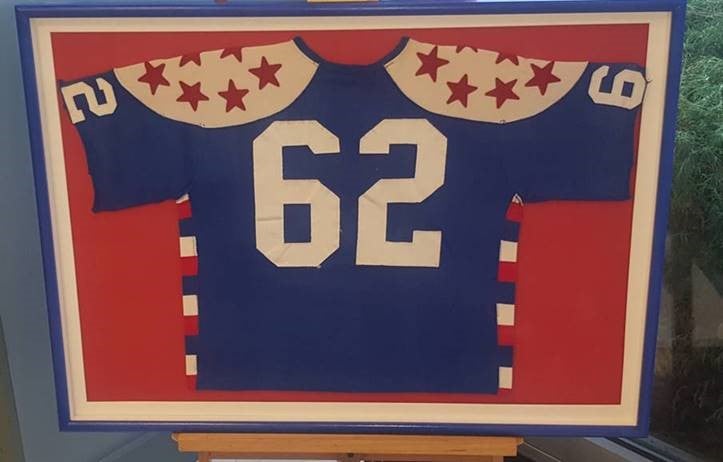